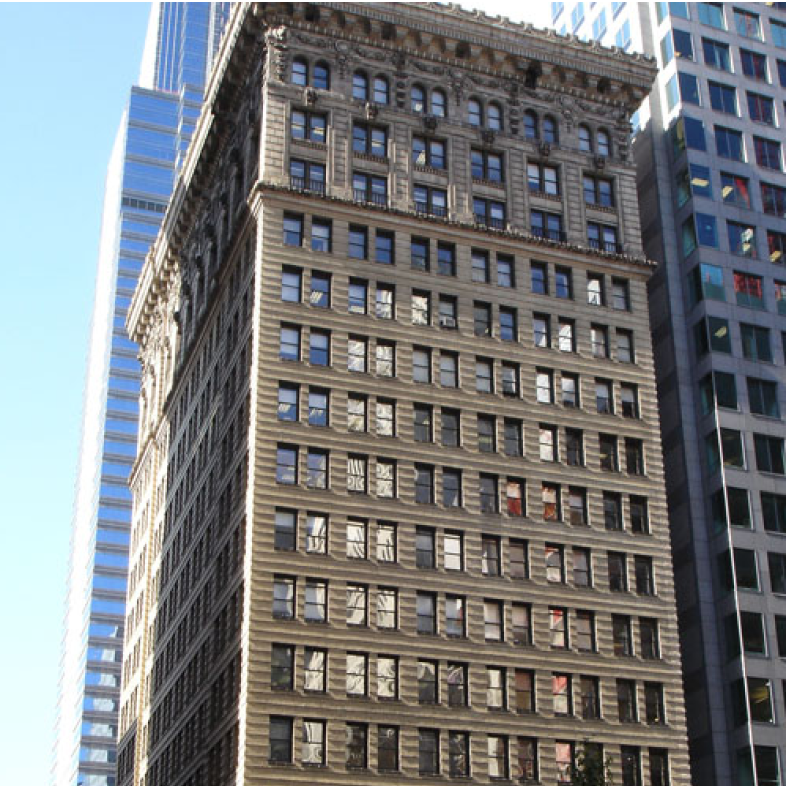 SSH Real Estate purchased this 17-story Class B office building as an off-market transaction directly from a brokerage client. Chestnut Place (now known as The Avenir) is located on the corner of 15th & Chestnut Streets – across the street from City Hall. SSH Real Estate realized that the revitalization of the Chestnut Street corridor was beginning to gain momentum which would create an opportunity to upgrade the building and significantly increase the below-market in-place retail and office rental rates.

The building was repositioned as a quality Class B+ office building with the completion of the following improvements: a new lobby and building entrance, façade restoration, upgraded bathrooms and common corridors. The quality of the tenant base was upgraded to create a more professional atmosphere and rental rates were increased. SSH Management was able to capitalize on inefficiencies at the building to reduce operating expenses by approximately 20%.

The building was sold for $17.5 Million and later converted into multifamily by a residential developer.