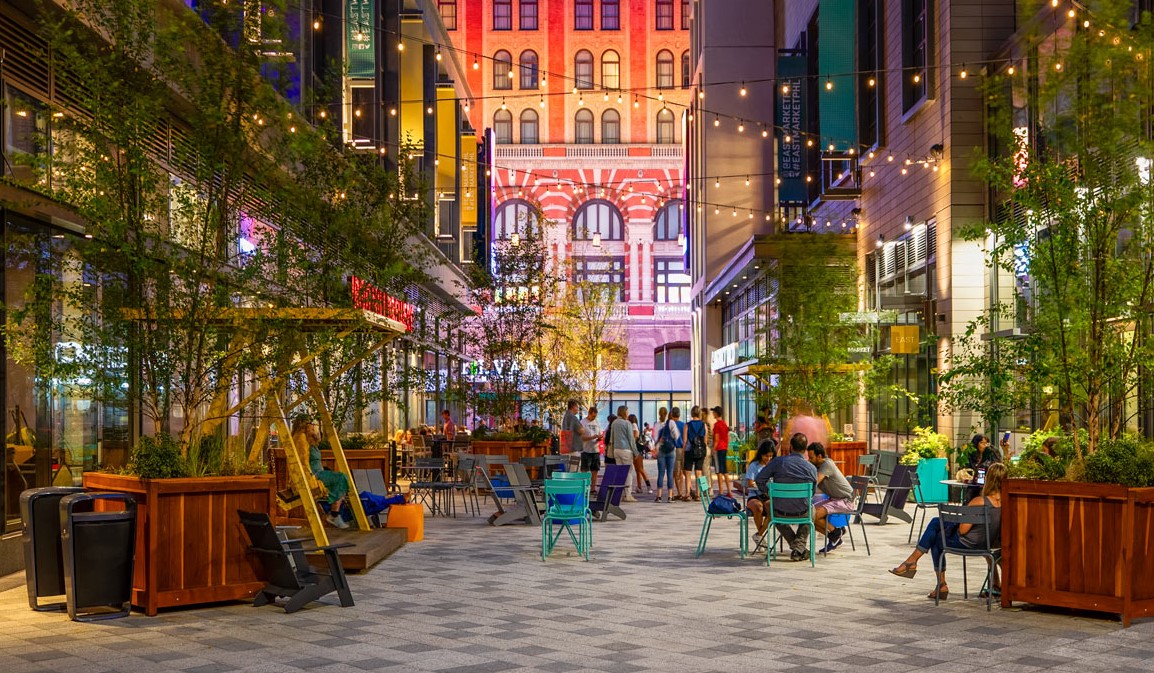 SSH Real Estate, along with its joint-venture partners, acquired a long-term ground lease for a 4.5 acre, full city block in the heart of Center City Philadelphia.  The site is just 2 blocks from Philadelphia’s City Hall and bounded by Chestnut and Market Streets and 11Th and 12th Streets. On the site when the property was acquired in 2009 were 4 buildings totaling approximately 800,000 square feet.  The property included a mix of Class C office, retail and parking.  SSH Real Estate’s team managed and leased the property, while at the same timing positioning it for a major redevelopment.

After several years, we entered into a joint-venture agreement with National Real Estate Advisors (“NREA”) to serve as an equity and development partner. NREA is a subsidiary of the National Electrical Benefit Fund with over $5.6 billion of assets under management.  Working with NREA as our co-developer, we completed a master plan for the site.  Phase 1 of the plan, which is completed, totaled over $600 million and consisted of 560 luxury apartments across two new towers, 110,000 square feet of two-story retail, a 200-car underground parking garage, and a 220,000 square foot renovated Class A office building. The entire development site was branded as East Market and has been the catalyst in the transformation of the last remaining blighted section of Center City Philadelphia.

Phase 2 is now well under way and will total approximately $500 million.  It consists of the redevelopment of the historic Stephen Girard Building at 21 S. 12th Street into a 220-room luxury boutique hotel under the Canopy by Hilton brand, and a ground-up $400 million medical office building being constructed for Thomas Jefferson University.  The hotel opened in 2020 and the medical office building is slated for completion in 2023.

When completed East Market will be one the largest and most influential mixed-use development projects in the history of Philadelphia. SSH was instrumental in all phases of this project from acquisition to leasing, management and development.